Konstantina S. Nikita received the Diploma in electrical engineering (1986) and the Ph.D. degree (1990) from the National Technical University of Athens (NTUA), Greece. She then received the M.D. degree (1993) from the Medical School, University of Athens, Greece. From 1990 to 1996, she worked as a Researcher at the Institute of Communication and Computer Systems, NTUA. In 1996, she joined the School of Electrical and Computer Engineering, NTUA, as an Assistant Professor, and since 2005 she serves as a Professor, at the same School. Her current research interests include biomedical signal and image processing and analysis, biomedical informatics, simulation of physiological systems, medical imaging, biological effects and medical applications of radiofrequency electromagnetic fields. Dr. Nikita has authored or co-authored 160 papers in refereed international journals and chapters in books, and over 280 papers in international conference proceedings. She is editor or co-editor of two books in English, and author or co-author of two books in Greek.  She holds two patents. She has been the technical manager of several European and National Research and Development projects in the field of biomedical engineering. She has been honorary chair/ chair/member of the program/organizing committee of more than 70 international conferences on the same fields (IEEE-IST, IEEE-BIBE, IEEE-ITAB, ICST-Mobihealth etc). She has served as keynote/invited speaker at several international conferences, symposia and workshops organized by NATO, WHO, ICNIRP, IEEE, URSI, COMCON, PIERS etc. She is member of the Editorial Board of the ΙΕΕΕ Transactions on Biomedical Engineering and guest editor of several international journals on biomedical engineering subjects (IEEE Transactions on Information Technology in Biomedicine, Computerized Medical Imaging and Graphics, IOP Measurement Science and Technology, etc). She has been the advisor of twenty completed Ph.D. theses, several of which have received various awards. She has served as external evaluator in numerous University promotion committees and in international and national committees for grant proposal applications. Dr. Nikita has received various honors/awards, among which, the prestigious Bodossakis Foundation Academic Prize for exceptional achievements in “Theory and Applications of Information Technology in Medicine” (2003). She has been a member of the Board of Directors of the Hellenic National Academic Recognition and Information Center, a member of the Board of Directors of the Greek Atomic Energy Commission and a member of the National Council of Research and Technology. Dr. Nikita is a Senior member of the Institute of Electrical and Electronics Engineers (IEEE), a member of the Technical Chamber of Greece and a member of the Athens Medical Association. She is also the founding chair and ambassador of the ΙΕΕΕ-Engineering in Medicine and Biology Society, Greece chapter, vice chair of the IEEE Greece Section and deputy head of the School of Electrical and Computer Engineering of the NTUA. 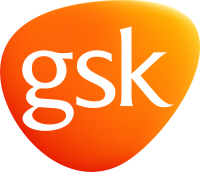